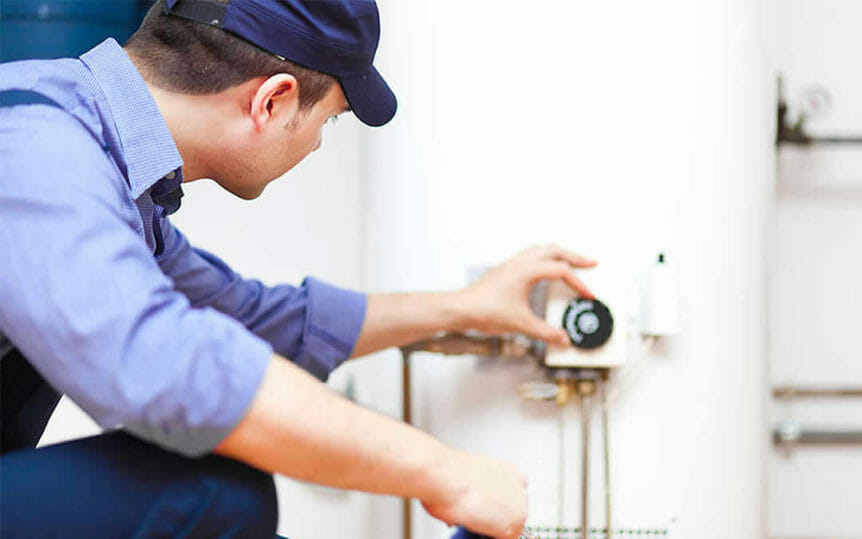 For first-time homeowners, homeowners looking for a change of residence, or those looking to make Houston their new home, the buying process can feel a bit overwhelming. Because we are the 4th largest city in the United States, there are many different neighborhoods to choose from. Whether you are looking to live in suburban areas like Pearland, or prefer a more historic part of town like The Heights, there are hundreds of options available to suit the needs of each individual.

So what does your ideal home look like? You may have a style of brick you like, or a particular layout that you want, but have you given much consideration to the mechanics of the house? Older houses, no matter how good they look on the outside, often come with their fair share of problems, especially if they were not properly maintained. Read on to learn about common plumbing problems associated with older homes so you will know what to look for next time you’re in the market.

“A lot of times people who buy an older home only look at the surface of the house. They see that it looks nice and pretty and are sold,” said John Moore Services Senior Operations Manager Joe Bany. “But the skeleton of the old house is still there on the inside, it just can’t be seen by the naked eye. I consider older homes to be houses that were built in the 1980’s or earlier.”

Many older homes were built using galvanized piping. A galvanized pipe is a steel pipe that has been covered with a layer of zinc in order to protect it. Over time, the zinc erodes from the piping causing the pipes to deteriorate from the inside. This causes a wide array of problems such as low water pressure and stopped up faucets and toilets. As the pipes corrode they become filled with sediment which blocks water flow.

“Old galvanized pipes are responsible for discolored water and will make all your pipes susceptible to leaks,” said Bany. “If you live in an older home and are having to repair faucets or toilets over and over again, you probably have galvanized pipes which are the actual cause of the problem.”

Aside from galvanized pipes, some older homes have pipes made from concrete or cast iron, and both are problematic. Concrete will not deteriorate, but will shift and move under the foundation of the home. Cast iron will deteriorate over time and will eventually disappear.

“I was at a customer’s home one time and we were running a camera through his underground pipes,” said Bany. “When we were looking at the footage, we realized that there were no pipes under his house because they had all disappeared. His home was older and was built with cast iron piping. We had to re-pipe his whole house.”

The earth is constantly moving, which means that houses are always shifting and settling on the ground. This movement directly affects the pipes that are underneath all homes, especially older ones. When a house is being built the sewer pipes are installed first and end up under the concrete foundation. With time, the house will shift along with the ground, causing bellies to form in the piping.

“Bellies are dips that form in the line and are caused by movement of the earth,” said Bany. “Over time as the bellies get worse, sediment and other debris starts to settle inside the bellies, causing stoppages to form in drains.”

Inspecting Old Plumbing & What To Look For

Components that are attached to pipes, drains, water heaters, and all other plumbing systems need to be thoroughly checked regularly because if they have not been properly maintained or used in years big problems can occur.

“Things like supply lines, faucets, angle stops, shut-off valves, they all age and corrode and need to be replaced,” said Bany. “That’s one thing people don’t understand, as parts age they must be replaced. A valve on a line could look normal, but it doesn’t work. Because it’s not leaking, you might not think you have a problem, but if it is not working then there is a problem. If it’s 20 years old and it doesn’t work, then it’s not functional and needs to be replaced.”

If you are considering moving to an older home, or already live in one and are having issues, you should call an experienced plumber to check it out. John Moore Services has trained and certified plumbers who can get to the bottom of any problem and let you know what kind of care your older home needs. Give us a call!